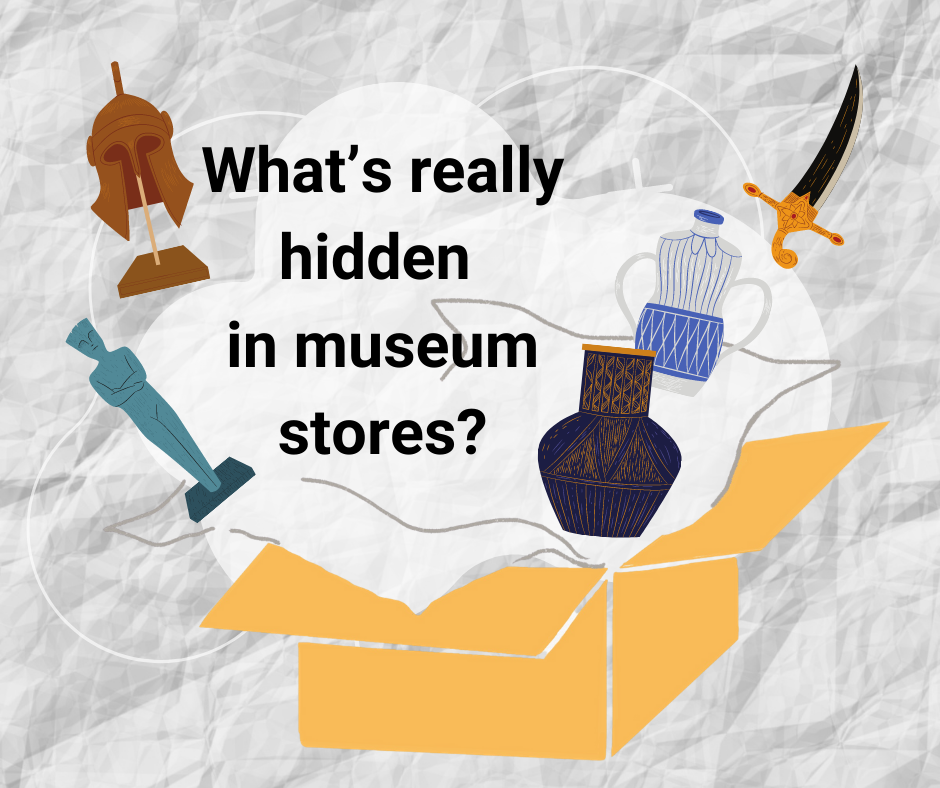 Never mind what’s not on display, what is the percentage of un(der)catalogued collections in our museums?

Every few years a broadsheet or arts magazine will run an article about how ‘Museums hide masterpieces away’, informing the public that the vast majority of a museum’s collections are kept hidden in storage. The percentage of museum collections on show is estimated somewhere between 2 and 20%. Estimated, because how can you give an exact percentage when you don’t know for certain how many objects make up the whole collection?

Those objects which are on display are seen. They are known, by the public and by the museum workers. One might assume that although the objects in storage are not seen by the public, they are seen, and known by the curators. In reality, behind the closed doors of the stores, much remains unknown.

Let’s assume your museum has a basic inventory. The museum will have a quantifiable amount of known unknowns. You know you have an object, you might know what to call it. You know where it is, you might know when it came to the museum, who donated it and so on. But do you know why it was donated, what was its significance considered to be then, is it still significant now?

Most people access museum objects through displays. Do you know enough about the object to put in on display? Can you tell a story with the information you have? Can you be creative and present what you do know about the object, and engage visitors to share knowledge which they might have? Is the object so visually striking that it can stand for itself without much written interpretation? Other people, researchers, request direct access to museum objects which are not on display. If you received an enquiry from a researcher, would you be certain the object would fit their needs? Would you be able to supply enough information to them to make the object a useful resource in their research?

If the answer to most of these questions is no, the object will likely stay in its box. It is always possible to conduct more research, to present the object creatively, to show vulnerability and admit what you, the professional, and the museum, the trusted institution, do not know. But it is much easier to leave that object in its box for now, and go with one which you do know more about. Visitors have responded positively to this other, known object in the past. You think the researcher will find it significant because you can explain its provenance, and help them to make links to other objects or collections. Thus known objects become more widely known, and appreciated. Unknown objects remain unknown.

Is it even possible to estimate the number of these unknown unknowns? Part of the inherent problem in museums is that we are always trying to rationalise chaos. It would be impossible to count and catalogue all the living and non-living things out there in the world. Museums brought them inside. But it has proved impossible to count and keep them even in this controlled environment. Because of the lack of accurate information about the objects in our museums, I can only deal in anecdotal evidence and my own lived experience of working in museums. Anecdotally curators only use 20% of their collections. Not just because there is only room for 20% on display at any one time, but because they do not know enough about the other 80%. The scenarios described above play out on a loop, and the unknown objects remain unknown.