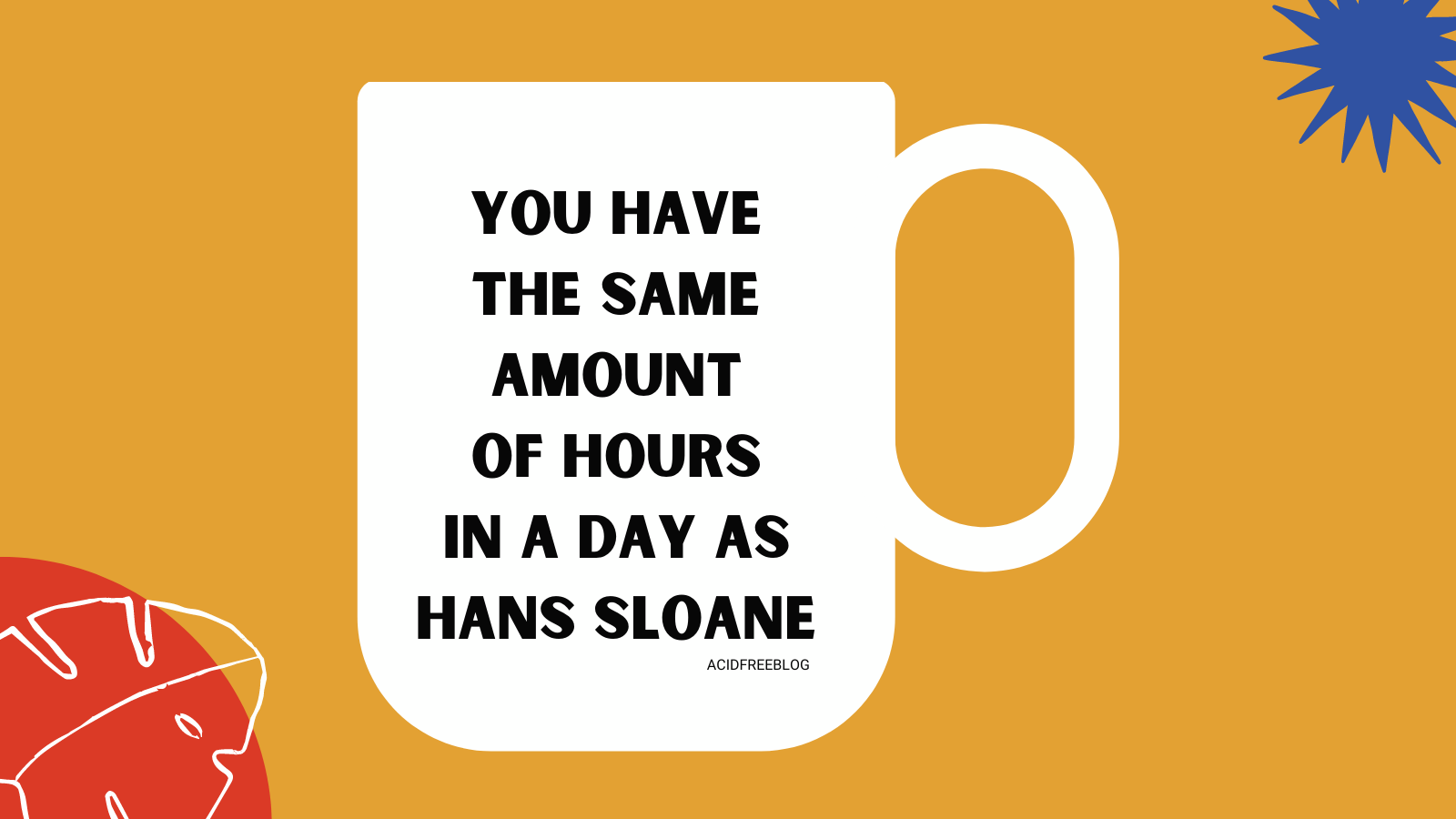 I have described in previous posts how invisible labour in museums has been done by people who have historically been undervalued and un(der) paid. The people who were seen to perform valuable work in the founding of museums may also have been doing so unpaid, but they were never in it for the money. They already had wealth which enabled them to pursue their interests. They didn’t need to sell their labour everyday, so they could use their time to accumulate knowledge, expertise, and objects which exemplified this knowledge. Essentially, they were doing it to show off. So where does paid work, and workers, fit in to the world of museums? Even today, most people would say they do not go into museum work for the money, but for the love of it. They identify as museum people and feel compelled to pursue a life in museums. This is one of the reasons citing for the persistent low pay in the sector: Someone will always do it for the love of it. But it also means that there is always that sense that real museum work is detached from work done for money. The earliest institutional museums were places where ‘learned men’ could go to carry out their private scientific pursuits in public.[1] Being seen to be carrying out important work has always been a factor in the spectacle of museums. With the exception of perhaps one ‘keeper’, these men were not being employed to carry out their work in the museum. Rather the museum gave them an arena in which to do their thing. And yet, even in the 18th century, surely someone had to be employed to facilitate all this important work. Who else was part of this economy? As with the invisible women in my earlier post, the workers are hard to find in museum histories. Museums must have employed cleaners, attendants, clerks and other ‘low-skilled’ roles. But in the records of the time, usually minutes from subcommittee meetings, they are only mentioned in passing, if at all. This is evident in Kate Hill’s Culture and Class in English Public Museums, 1850-1914:

‘The staff of these municipal museums was small, and predominantly devoted to attendant duties; however, it did grow, and became more specialised, over this period. [The curator at Hull Museum] started his career… with two attendants and a joiner; by 1906 he had an assistant, a clerk, and two attendants. In 1904 [the curator at Sheffield Museum] had two assistants, one superintendent, and four attendants…In Preston, there were few people employed in the museum over this period, and it is difficult to discover anything about them other than the fact of their employment.’ Kate Hill [2]

As ever, the stories we are able to tell about museums are limited by what has been recorded. As with her work on women in museums in the same period, Hill’s analysis of the records of several regional museums during their heyday is incredibly useful. Her overview gives us an idea of who was really responsible for making decisions and making things happen. She explains how the first paid curators were often subordinate to the amateur ‘Honorary’ curators: members of the learned societies who carried out their pursuits in the museum realm. It was this sense of subordination that led to a desire among curators to professionalise and be taken more seriously. The Museums Association was ultimately born out of this movement. Museums and academia are closely linked, being sites of research and of the creation and dissemination of knowledge. Academics in the field of museum studies are often ex-curators, would-be curators, or at least curator-adjacent: ‘museum people‘ studying themselves. It is no wonder that Museology has been concerned with studying the museum professional, not the museum worker, since curators have been so invested in their self image as professionals. In a book first published in 1995, Gaynor Kavanagh[3] muses on the inclusiveness of the term ‘museum professional’ as opposed to ‘the narrower and exclusive concept of the museum curator.’ But, she goes on, ‘If pursued to its logical conclusion, it might embrace an even wider range of museum workers: attendants, security staff and clerical workers.’ It is clear that although the curators of the nineties were just about ready to embrace learning and engagement colleagues as their fellow professionals, including anyone with a uniform or an hourly wage was a step too far. How much has changed since then? Interestingly the job titles Kavanagh uses are similar to those in Hill’s study of a century earlier. There are attendants and clerical workers where now we might say visitor services or front of house staff and administrators. Does the change in language of the last 25 years reflect a change in attitudes? There is still a front of house / back of house divide in the museum workforce. Front of house staff are more likely to be employed on zero hours contracts, or be employed through an agency or commercial arm of the museum, with poorer pay and conditions. But while front of house staff are clearly undervalued, they are very visible. They are the ones most visitors interact with, the public face of the museum. The Front of House Museums network has gone some way to raise the voices within the sector of the staff who once quietly ‘attended’. Because my work focuses on documentation, and the work that visitors don’t see, I want to think about the other type of lower grade worker referred to by both Hill and Kavanagh: The clerical worker. This is where I started my museum career. I didn’t have to wear a uniform but I did get paid by the hour, I was recruited through an agency, and I was on a temporary contract. I was not working with collections, initially, but in the learning team: organising rotas, paying invoices, entering data into budget spreadsheets. This was the first step on my path into working in collections management and I think it influenced not only the way I saw the work, but the way other people saw me doing the work. I was introduced to my colleagues as a temporary administrator, not a curatorial volunteer. As someone who needed to earn a living, and not someone doing it for the love of it. Where does the work of cataloguing sit in all this? In accounts of the museum work of the past, it is sometimes lumped in with clerical work. Knowing objects was the work of an expert curator, but recording this knowledge was the work of a clerk. As information needs to be copied, to be repeated, it becomes menial, and gets passed down the chain. It is impossible to discuss the museum workforce, at any point in its history, without discussing volunteers. Is the sector’s reliance on volunteering another form of invisible labour? I would say not, since volunteers are highly visible. There are many types of volunteers in museums, but it is now so tied to the curatorial career path that you will rarely see a guide to working in museums that doesn’t assume you will volunteer. Volunteering, as a rung on the museum career ladder, is all about being seen. Demonstrating commitment. Invisibility is about erasure and omission. It is about what is recorded, and what is not. Volunteering is recorded, by the volunteer on their CV, as a rite of passage, an indicator that they have committed to ‘doing their 10,000 hours’. It is recorded, and celebrated, by the museum because it demonstrates its engagement with people. It is part of the museum tradition of being seen to do the work. [1]. Arnold, K. (2017). Cabinets for the Curious: Looking Back at Early English Museums. [ebook] Taylor and Francis. Available at: https://www.perlego.com/book/1495922/cabinets-for-the-curious-looking-back-at-early-english-museums-pdf [2]. Hill, K. (2017). Culture and Class in English Public Museums, 1850-1914. [ebook] Taylor and Francis. Available at: https://www.perlego.com/book/1495882/culture-and-class-in-english-public-museums-18501914-pdf [3]. Kavanagh, G. (ed.) (2005). Museum Provision and Professionalism. [ebook] Taylor and Francis. Available at: https://www.perlego.com/book/1602225/museum-provision-and-professionalism-pdf

END_OF_DOCUMENT_TOKEN_TO_BE_REPLACED

The Psychology of Museum People – Who Would Want to be a Curator?

With low wages and poor prospects for career progression, museum jobs fall into the category of jobs that people do for the love of it.…