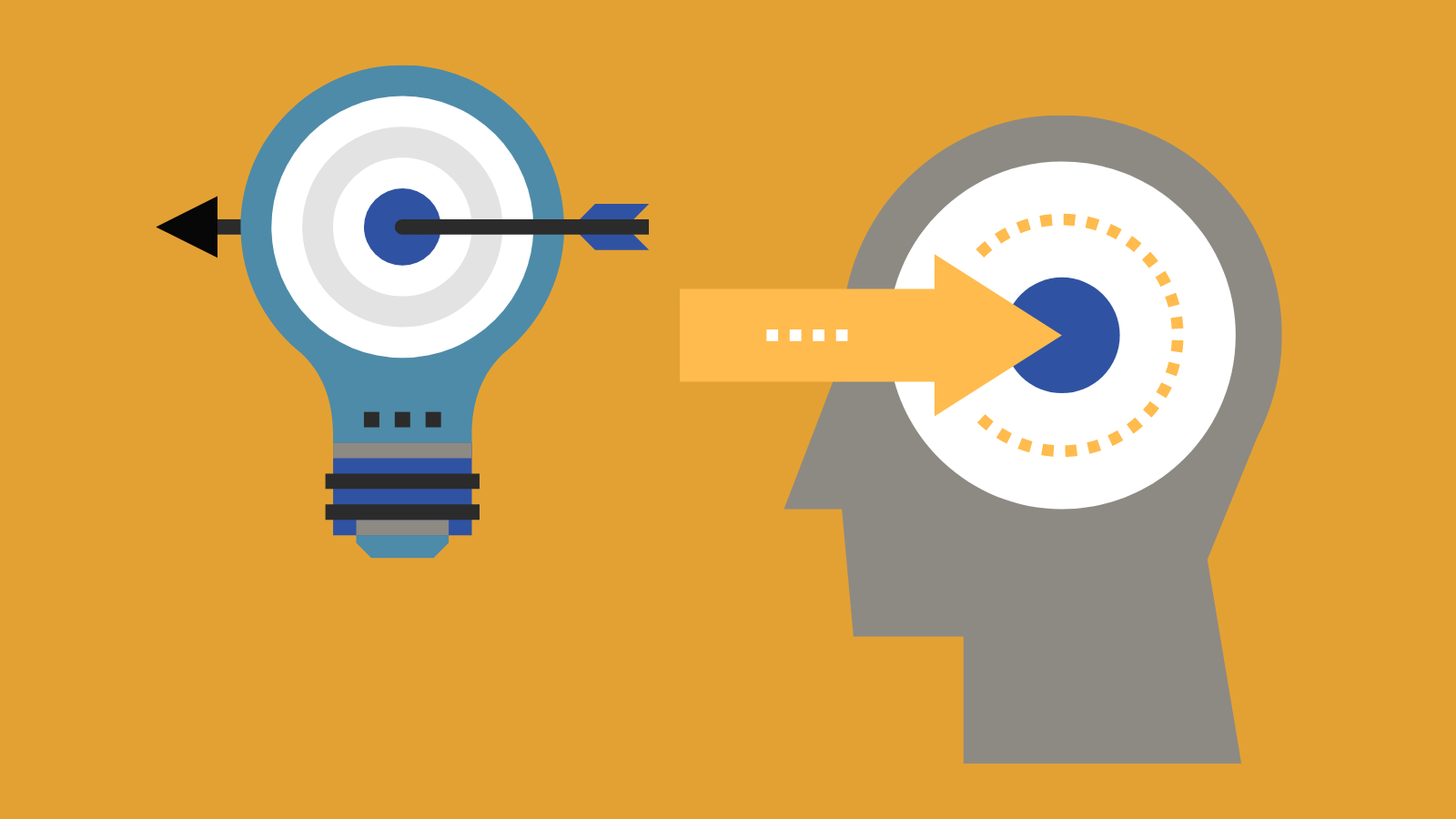 When people debate the purpose of museums, they tend to draw a line between people and objects. As if museums could exist without one or the other. Documentation work is usually positioned in the ‘objects’ camp. The work revolves around objects, after all, while other museum work, in public facing and engagement roles, is centred around people. Despite my position in the museum on the ‘objects’ side of the line, I want to think about people. Not the visitors, but the people behind the museum. I am mindful that there is no shared ‘museum person’ viewpoint. If we are agreed that #MuseumsAreNotNeutral, that no museum worker is neutral, it is helpful to understand where each of us has come from, and the positions from which we are viewing the world.

Museums are not neutral

Neutrality, and universal viewpoints, are a myth that supports whoever is in a position of power, usually white men. We have been taught that certain institutions, museums among them, speak for and to everyone. That is easy to believe if you yourself are part of the dominant group. Your position in society affects the way you view the world. If you are closer to the imagined ‘normal’, then the mythical universal viewpoint may seem natural and right to you. The further away you get, the less the ‘universal’ reflects your lived experience of the world. Who can speak for everyone, and who is only called on to speak when the voice of an otherwise silenced community is required? In other sectors, this has been observed as white journalists being given space as experts on any subject, while Black journalists are relegated to the ‘race beat’, only called on to discuss matters of race, which both diminishes people’s expertise in other areas and requires them to constantly deal with traumatising subject matter.⁠ In the museum world this manifests in non-white staff working in either community engagement roles, in curatorial specialisms related to histories of slavery and colonialism, or increasingly, as curators of ‘discomfort’. The writer Roxane Gay described this phenomenon in publishing: ‘People of color are not asked about our areas of expertise as if the only thing we are allowed to be experts on is our marginalization.⁠’ The categorisation of some view points as too feminine, too chippy, too Black, too queer, whatever the categorisation may be, serves to uphold the myth of universality. This is a perspective that has long been observed by Black, queer women writers from Gay to Audre Lorde. I try to remain mindful too that as white woman I am privileged in many ways. White women are quite capable of bolstering the myth of universality when it serves us to do so. Acknowledging the ways in which my position and experience mirrors those in positions of power is uncomfortable, as is bringing attention to the ways in which they diverge. To disrupt the universal, rational viewpoint in museums, we all need to get a little uncomfortable. This is why the creation of dedicated roles to deal with discomfort or uncomfortable histories does not sit well with me. All of us as individuals and as institutions, need to be able to show discomfort, vulnerability and willingness to admit fallibility. We should all consider our positions and unique perspectives and be prepared to bring more of ourselves to our work.

There is a theory that you can see more from a standpoint on the margins than from the centre. The feminist concept of strong objectivity suggests that using feminine perspectives as a starting point increases objectivity compared with traditional ‘neutral’ scientific activity, which is in fact dominated by a male perspective. Standpoint theory, and strong objectivity, suggests that we can create a fuller picture of the world by incorporating the viewpoints of more marginalised people. Outsiders to a system can see things that insiders are blind to. Race, gender, class, and other aspects of identity have affected the standpoints of those who have contributed to museums, past and present, acknowledged and unacknowledged. In thinking about my own positionality, I need to acknowledge that I look like most of the UK’s museum workforce. In terms of the ‘daily effects of white privilege’ described by Peggy McIntosh ⁠(redeployed so brilliantly as the White Privilege Clinic⁠ by Shaz Hussain of Museum Detox, at the Museums Association Conference Festival of Change in 2017) I have a lot of privilege. In the spaces where I work, I can always be sure that I will mostly be surrounded by people of my own race and gender, who share broadly common experiences. When I imagine the museum worker audience for this blog, I know a lot of my readers will be ‘like me’. There is a danger then, particularly when applying feminist theory, that the white women who dominate the museum workforce can become too comfortable. In a patriarchal society, women can be seen as the outsiders with a valuable perspective to shift the myth of universality. Yet in museums, white women are not marginalised, but have become central to the existing systems. A Museums Association article on the most recent survey of Major Partner Museums reported ‘a decrease in the percentage of female staff at MPMs, from 62% to 52%.’ However, this obscures the fact that ACE had introduced ‘prefer not say’ and ‘unknown’ categories into their gender statistics, which may account for the reduction in the percentage of female staff (the percentage of male staff also dropped following this change, from 38% to 32%). The museum workforce remains distinctly un-diverse in other metrics. In the absence of any real commitment to change, grass roots networks have sprung up to offer community and advocacy for museum people who are tired of being the only one in the room who does not fit the stereotype. Museum Detox has created this space for workers of colour, and Museum as Muck for people from working class backgrounds.

What about the men?

Despite the predominantly female workforce, museum leadership remains male-dominated. Men also dominate museum boards⁠. The Space Invaders network has evolved to promote women in museum leadership positions. Yet women in museums have not really embraced feminism as a cause. This may be because at the level where most women are working, they see themselves as overrepresented. Is it a problem that men are under-represented in the museum workforce as a whole? I think this says more about the status of museum jobs than there being barriers to participation for men. Yes, unconscious bias means that the majority female workforce is likely to recruit in its own image, but the odds are still stacked in men’s favour in the workplace. Research also shows that men are more likely to apply for jobs that they only meet some of the criteria for, while women tend to apply only when they meet all the criteria, and that both women and men perceive men to be more competent.⁠ Anecdotal evidence suggests that it is not that men apply for museum jobs and don’t get hired, but that fewer of them apply⁠. The lack of men in museums could be compared to the lack of male teachers in primary schools. As community engagement and social responsibility has become more prominent in museums, museum work has started to look more like the traditionally pink collar fields of teaching and social work. Pay is also a factor, since as an industry becomes more feminised, the value placed on the work is reduced.⁠ Despite advances in gender equality, 60% of men in heterosexual relationships still earn more than their partners, and 40% of men in such relationships believe they have a responsibility to be the main breadwinner in a couple.⁠4 With this in mind it’s not unreasonable to assume that it is the chronic low pay that is putting many men off (which checks out since they are not put off from applying for the higher pay and/or higher status leadership roles, even without museum experience).

Dealing with the legacies in our museums

Men dominated the early museum workforce, since museums proliferated at a time when most (middle class) women did not work. They were responsible for creating many of the systems we still work with. The staff and volunteers who set up our museums were from a very narrow section of society indeed. And yet theirs was the ‘universal’ lens through which our collections were collected and displayed. Over time the workforce has shifted to becoming more female, for reasons already touched upon. I do not want to make the mistake of suggesting a feminised workforce can solve the problems of patriarchal history if it is not intersectional. I had a conversation with a friend (who doesn’t work in the field) about that scene in Black Panther⁠, (which I know has been discussed to death by museum people, I think because they were so overjoyed to be included in something ‘cool’, even if they were the baddies). She was offended that it was a woman curator who was killed in the forcible return of a Wakandan artefact, saying something to the effect of ‘White women weren’t responsible for colonisation, all marginalised people should be working together to fight the patriarchy’.  In truth, women were directly responsible for collecting some of the artefacts in our museums. White women certainly benefited from systems of colonialism, and still do, hence the undeniably accurate casting of a young white woman as the curator of African collections in the film. Another time I participated in a workshop where one of the participants had a theory that female collectors might were more likely than male ones to record personal details, like names, about the people who they were collecting from. I can’t think where they got this idea from, apart from the stereotype of women being nicer, more caring, than men? They weren’t able to come to any conclusions, because there were so few records where any name was recorded at all. A woman working in the 19th century collecting framework was still working within a white supremacist system, however nice she was.  Equally the white women working in museums today are still working with the legacies of those systems. We are in danger of continuing to perpetuate them if we do not take the time to examine them.

END_OF_DOCUMENT_TOKEN_TO_BE_REPLACED

The Psychology of Museum People – Who Would Want to be a Curator?

With low wages and poor prospects for career progression, museum jobs fall into the category of jobs that people do for the love of it.…