Who are museum curators according to pop culture? 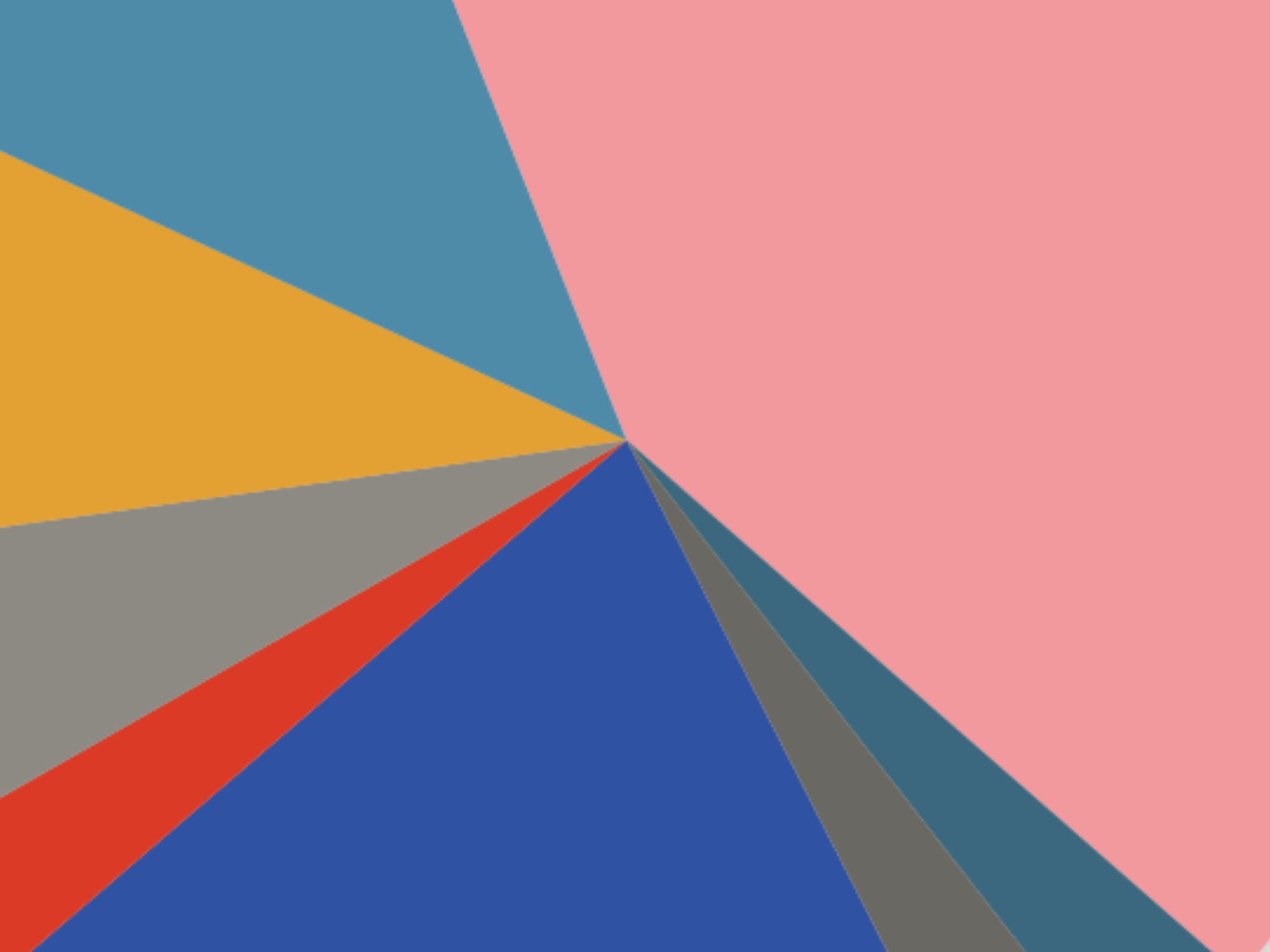 Museum curators are misunderstood. People don’t know what a curator does, and they like to talk about curating in all sorts of ways that anger and frustrate the museum world.

Approximately half of all adults in the UK do not visit museums.[efn_note]https://www.ethnicity-facts-figures.service.gov.uk/culture-and-community/culture-and-heritage/adults-visiting-museums-and-galleries/latest#main-facts-and-figures[/efn_note] Those who do visit at least once a year are unlikely to meet a curator (although they will meet many other people vital to running a museum service). Most people are unlikely to know a curator personally, unless they are themselves a creative and cultural worker (The Panic! report showed that ‘respondents were most likely to know other cultural and creative workers…In contrast, they tended to be less likely to know people working in more traditional ‘working-class’ occupations.’). [efn_note]Brook,Orian. Culture is bad for you (p. 78). Manchester University Press. Kindle Edition.[/efn_note]

So how is the average person on the street to understand who curators are and what they do if they never meet them in real life? They can only go by what they see on TV, in the movies or in the books they read. How are curators portrayed in popular culture and how does this measure up with the reality of the sector?

I conducted an unscientific survey of pop culture curators, based on the responses to a question I posed on Twitter about curatorial representation.

I ended up with a list of curator and curator-adjacent characters to work with. I had not seen/read all of the source material, nor was I prepared to do so for the sake of a blog post/my own amusement, so I read wiki summaries of the texts that I wasn’t familiar with, and began sorting my data.

But are they actually a curator?

The first thing I wanted to analyse was whether the characters met my definition of being an ‘actual’ curator. My criteria for this was not particularly stringent – do they appear to work in a museum or gallery with responsibility for a collection of objects? I also wanted to differentiate between those who were clearly not a curator or any thing like it, and characters who had comparable roles in GLAM institutions but were not curators. I also separated out museum directors/owners, cos that’s a whole different ball game. The fact that there is a lot of variation in this list crowdsourced from my twitter followers (who are mostly ‘museum people’) shows that one thing is certain – no one can agree on what a curator actually is.

If not, what are they?

Of those categories, its possible to break each segment down further. Why did I conclude that a whopping 20% of the sample were absolutely not curators? In some cases, they worked with artefacts, but not in museum setting (archaeologists) or they managed some kind of attraction that could not strictly be called a museum. The biggest segment of non-curators have what I have called an ‘interchangeable arts career’, where the character needed to be seen to do something creative, artsy and either respectable or daringly bohemian depending on the vehicle. Often they will be working in an art gallery in one instalment and pursuing a career in music or acting the next. These types of characters, usually female, are also likely to appear in romcoms and give up their careers after marriage.

What are the curator adjacent roles?

An accompaniment to the complaint that ‘no one knows what curators actually do’ is the refrain that no one knows that ‘there are other jobs in museums, actually, we’re not all curators!’. Fortunately it seems that the world of pop culture does know this, and a range of other GLAM roles are represented in my sample. In addition to authentic museum jobs like conservator, registrar and learning and engagement specialist, I’ve included in these group ‘jobs’ like art dealer and gallery owner which function within the world of the film or show to illustrate that the character is rich in economic, social and cultural capital.

What about the actual curators?

So who are the real museum curators represented in pop culture? How can we categorise them? The following graph shows some distinct types I observed. The largest is also the most generic – a fairly traditional museum curator stereotype. The next biggest is art curator which I have distinguished because it signifies something different – glamour, power, the avant garde, while museum curator characters are all stuffiness, dogma, and tweed.

I’ve included some GLAM generalists here, which is a bit like interchangeable arts career, but with an emphasis on history and academia. These characters flit between being librarians, archivists and curators; like the generic museum curator they tend towards tweed.

Curators dealing with dinosaurs are well represented. One might think this is because dinosaurs are an exciting subject for entertainment, but none of the Palaeontology curators appear in big action films. Rather they are ‘nice guys’ including Ross Gellar in Friends and Cary Grant’s character in Bringing up Baby, so I’ve dubbed them Dino guys.

Another trope that only appears once on my actual curators list is none the less too on the nose to ignore: the Sad Little Man. Why would a curator in a British sitcom be represented as an introspective, nerdy man who tries to cling on to his role running the ‘most tedious museum in the world’ despite the fact it has no visitors? I couldn’t possibly comment. You would have to ask Steve Coogan. Of course that was the 1990s and things are very different now…

What are demographics of curators in pop culture?

With this sample its possible to analyse the demographic of curator characters, as well as what their representation tells us about how the wider world sees curators. How does the diversity of curators in pop culture[efn_note]For the rest of the post I am using the whole sample of 65 characters for my analysis, since they were all nominated as ‘curators’ even if, as we have seen, that’s an ambiguous term.[/efn_note] measure up to the real museum workforce[efn_note]Data from Equality, Diversity and the Creative Case: A Data Report, 2018-19 https://www.artscouncil.org.uk/publication/equality-diversity-and-creative-case-data-report-2018-19[/efn_note]?

The first thing to say about gender is that the real life data has more categories – none of the pop culture sources featured non binary curator characters. This is not surprising seeing as representation of gender diversity in the media remains poor. ACE has only recently (2016/17) started collecting data on non binary gender identities, which is reflected in the chart. In this sense we can say that yes, museum curators are slightly more gender diverse in real life than in pop culture. Between male and female gender identities, there are slightly more female curators depicted than male, which rings true with the ACE data.

As with gender, there are a few caveats to the data on the ethnicity of curators. Obviously I cannot find out how a fictional character would self-identify, so I have noted the ethnicity of the pop curators as I perceive it based on their presentation or description. I have used the same terminology as ACE where applicable to allow for comparison. There was only one non-human curator on my list, Animal Crossing‘s Blathers. I haven’t played the game so I have based my analysis of him entirely on Laura Humphreys’ investigative journalism. Although he’s an owl, he reads White in his characterisation and history of problematic collecting. Still I have counted him as N/A to err on the side of caution. (Side note/side eye emoji: ACE has two categories for White but only one for all other ethnicities).

Representation of curators is overwhelmingly White. As with gender, its worth noting that pop culture representations are not diverse, whatever profession is being portrayed, so it is not surprising that most of the characters are white. It’s also worth noting that the ACE data is for all staff across NPO museums, which includes roles like front of house and security which are known to be more diverse. So while it seems like real life curators are more diverse than in the movies, this should be taken with a pinch of salt. Of the non-white curators in the sample, there was only one Black character, the best friend of the protagonist in The Devil Wears Prada. This is worth mentioning because the character is an example of the Black best friend trope; the only Black curator visible in pop culture is a problematic cliché, rather than a well-rounded character.

Are Curators Goodies or Baddies?

It should come as no surprise then that the vast majority of representations of curators are White, and a slight majority are female. What I really wanted to know is are curators seen as heroes or villains?

I concluded that within the world of their characters, 48% of curators are goodies. If you include antiheroes (who I would argue the audience is supposed to root for even if they are not ‘good’) and men who you are meant to like and want to get the girl but are actually total creeps (Hello Ross Gellar my old Friend, and that one guy from Love Actually), then sympathetic depictions of curators clock in at 57%.

The large percentage of ‘unclear’ reflects that either a) I haven’t consumed the source material and couldn’t tell from the wiki plot summary, b) the curator character has a minor role that doesn’t influence the action either positively or negatively, or c) life is complex and no one is definitively either a goody or a baddy.

Having said that, who are the baddies? What are these evil 15% of curators up to? Nefarious acts include: keeping and displaying looted artefacts, covering up uncomfortable truths about beloved figures in history, unethical acquisitions, and plots to capture and stuff beloved creatures. I find these villains more interesting than the ‘good’ characters because I don’t think many of the goodies achieve their goodness through their curatorial practice. The baddies on the other hand act out their badness through very real museum behaviours.

There’s much more to say about how curators are portrayed in pop culture. What is the most popular subject specialism? What genre has the most curators? Do pop curators have PhDs? Do they follow the Spectrum standards? Is this audience supposed to find them sexually attractive? Let me know if there’s a particular angle you want explored.