I’m hugely looking forward to the Grant Museum’s exhibition Strange Creatures, which I intend to visit and post about this week. In anticipation then, I have been thinking about exhibitions which focus on animals, which seems to be something of a trend at the moment, at least in my local area.

In the coming months Tunbridge Wells Museum & Art Gallery has A Walk on the Wild Side: A Social History of our Relationship with Animals, and Royal Pavilion & Museums has Exotic Creatures, focusing on menageries and early zoos, and featuring George IV’s giraffe, the first living specimen in the UK (ironically depicted in death in the image below). 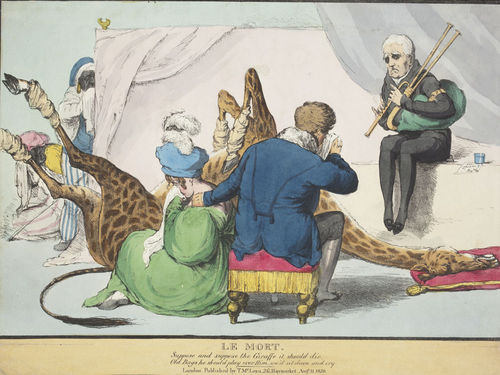 Distinct from Natural History exhibitions which look at animals through the lens of science, these shows have a focus on the social and visual aspects of our fascination with animals throughout history, and the way they have been depicted in art. Thinking about this led me to dust off a copy of John Berger’s ‘Why Look at Animals?’ published by Penguin as part of their Great Ideas series, and bought by me in a pre-Kindle Amazon binge. 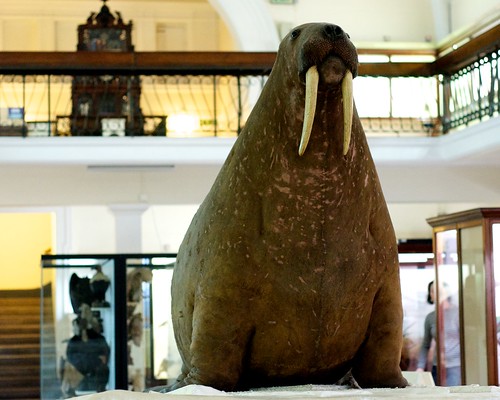 The Horniman Museum’s much loved walrus: Horniman Walrus by clogsilk, on Flickr

Berger sites the desire to look at animals, in zoos and in the form of toys and picture books as stemming from a time when working animals became less present in people’s everyday lives. This period, the late 19th century, is also when museums were becoming more prevalent. Many local museums founded around this time have collections of taxidermy and other natural history specimens, thanks to the collecting fashions of the day. These types of collections remain popular today, as the Horniman’s recent funding award to re-display their Natural History gallery, and the perennial popularity of it’s walrus, demonstrates.

But as Berger points out, people’s fascination with animals dates back much further than the period where looking at them in zoos and museums became the done thing. The relationship between animal and man likely inspired the earliest art, in the form of cave paintings. 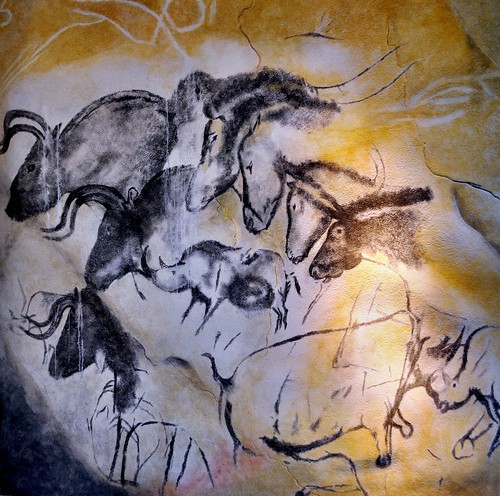 Animal depictions have appeared on objects ever since there were objects to depict things on. This is therefore a fascinating theme with which to draw museum objects together. I look forward to seeing how this is done in the exhibitions mentioned above, and will be keeping my eyes out for more examples of this trend.