The objects on loan from Pennine Lancashire Museums  represent a varied assemblage of extraordinary treasures which are not only rare and beautiful but provide an insight into the cultures of collecting which shaped our museum collections. The exhibition is a real eye-opener in terms of what smaller local museums in the UK have hidden up their sleeves, and in their stores. This is timely given the current barrage of cuts, closures and sales in local authority museums. It is also pertinent to the debate around the need to allocate a fairer share of arts funding outside of London. Cotton to Gold could be seen as counterproductive, suggesting that it takes bringing these collections to London to make them visible and relevant. But it also highlights their importance to a wider audience, including those with the power to redress the balance (who mostly are in London). From a purely selfish point of view, the exhibition gave me the chance to see these amazing objects for free on the way home from work on a Wednesday evening. I am not in a position to travel to the North West to see the collections in their home institutions, but this exhibition has certainly inspired me make more of an effort to check out smaller museums in my local area.

Highlights of this eclectic show include 15th century Books of Hours acquired by Robert Edward Hart, a fourth generation rope maker from Blackburn. These highly coloured and illuminated manuscripts represent the finest collection of rare books outside of the British Library. 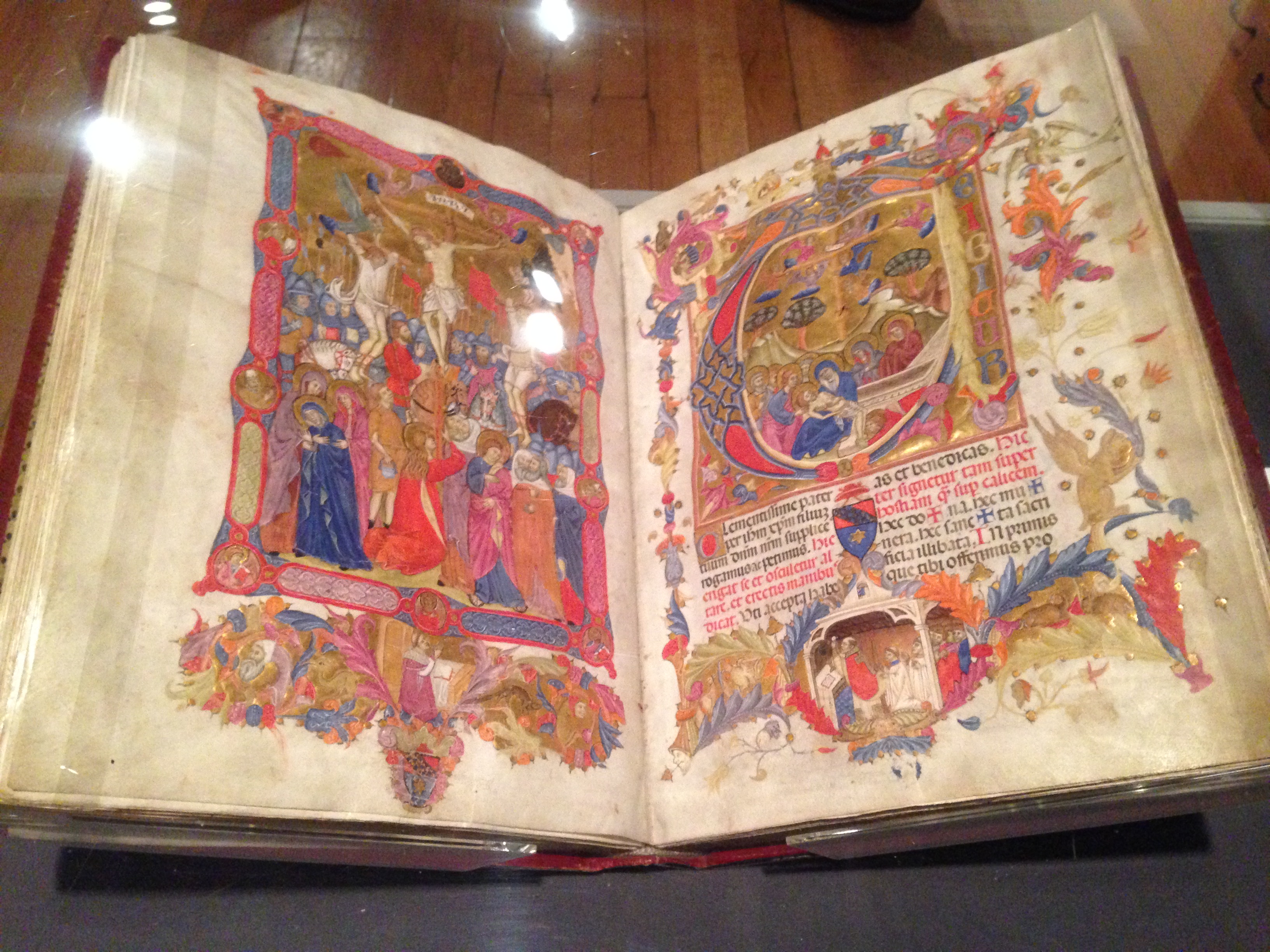 One of the fascinating aspects of the exhibition is its insight into how Victorian museum collections were shaped. Japanese prints belonging to Thomas Boys Lewis, for instance, exemplify the fashion for Japanese items among European collectors in the second half of the 19th century. Included are beautiful examples of prints by Hokusai and Hiroshige, again representing the largest collection of its type outside London. Many of the collectors represented here were born into already wealthy manufacturing families, part of a new business-owning middle class. Their collecting was part of a cultural trend of the time, as was their philanthropy which led to the collections being donated to museums.

Collections which were formed from the fashions and the hobbies of a certain class of gentleman ended up in public hands, and so dictated the focus of museums. This influence can be felt to this day, as founding collections influence the scope of future collecting. The exhibition text on Arthur C. Bowlder’s impressive collection of beetles highlights another layer in the process of museum development: Victorian Natural History museums and botanical gardens springing up inspired a new generation of collectors, emulating what they saw in the museums, who then went on to donate their collections to smaller museums or to found their own. 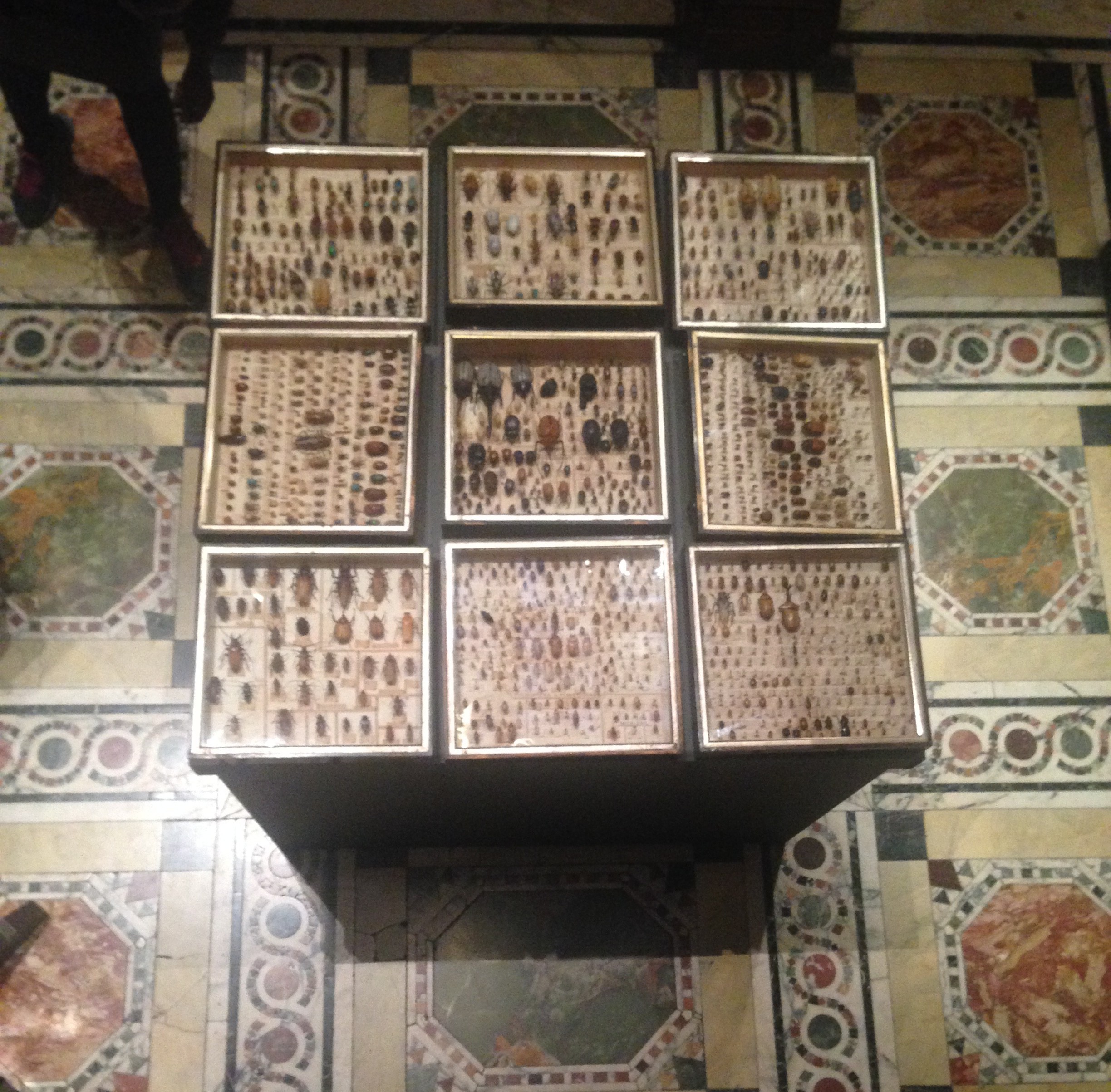 Two Temple Place makes a fitting and magnificent stage for the collections. The old fashioned display cases are well suited to the Victorian mansion setting, and the context of the collections, giving a sense of their past lives in the homes of their collectors. A selection of objects from social history collections, including an imposing loom at the entrance, give life to the wider context of the cotton industry in the Pennines. 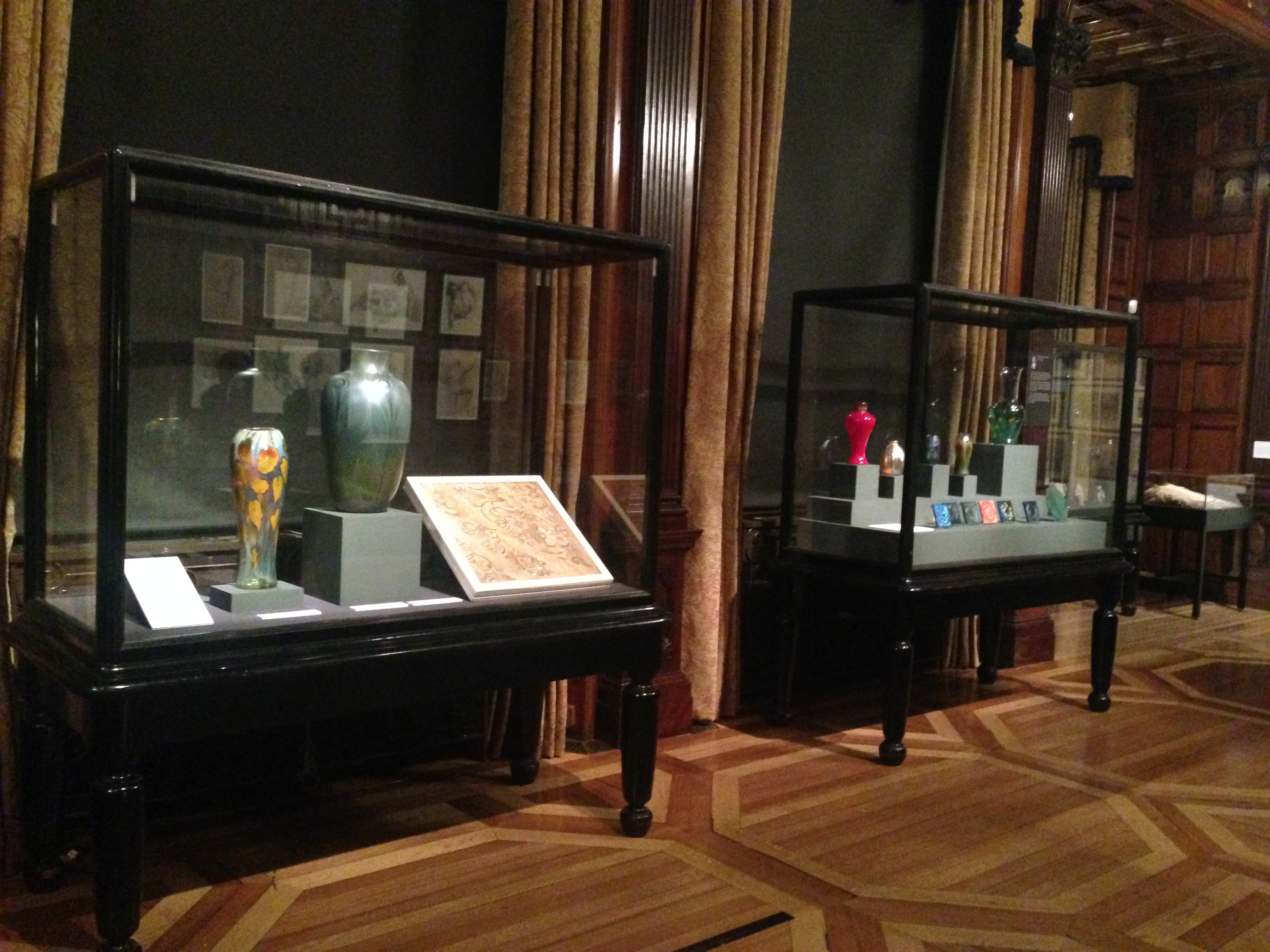 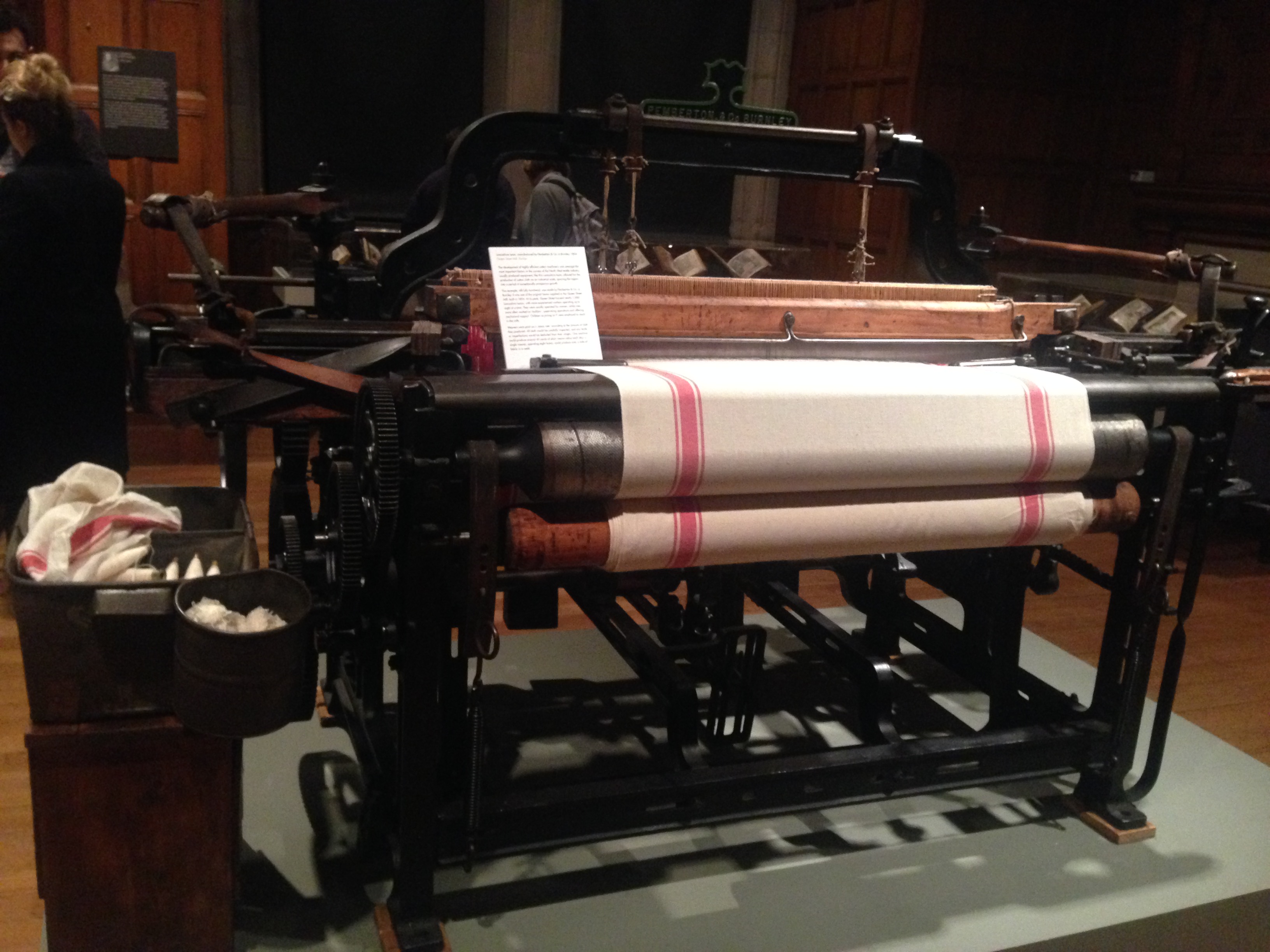 I am skeptical of an increasing nostalgia for the cabinet of curiosities type of display (seen for example in the Viktor Wynd Museum of Curiosities) since these displays ignore the wider context of the objects in collections, presenting them as exoticised curios seen only through the eyes of the collector. There were many reasons for museums to move away from this outdated model and start to think about the meaning of objects to the people who actually made them, or used them, and what they have to say about the way they are presented. While Cotton to Gold does place the emphasis on owners/collectors as opposed to makers/users, this interpretive approach is applied as much to the Millais and Turner works on display as it is to ethnographic collections.  Of course the different approach to these objects at the time of their collecting is still evident in the lack of recorded makers, origins and dates for items such as a carved ivory tusk; this was not seen as relevant to the market at the time, which simply required objects to be exotic. 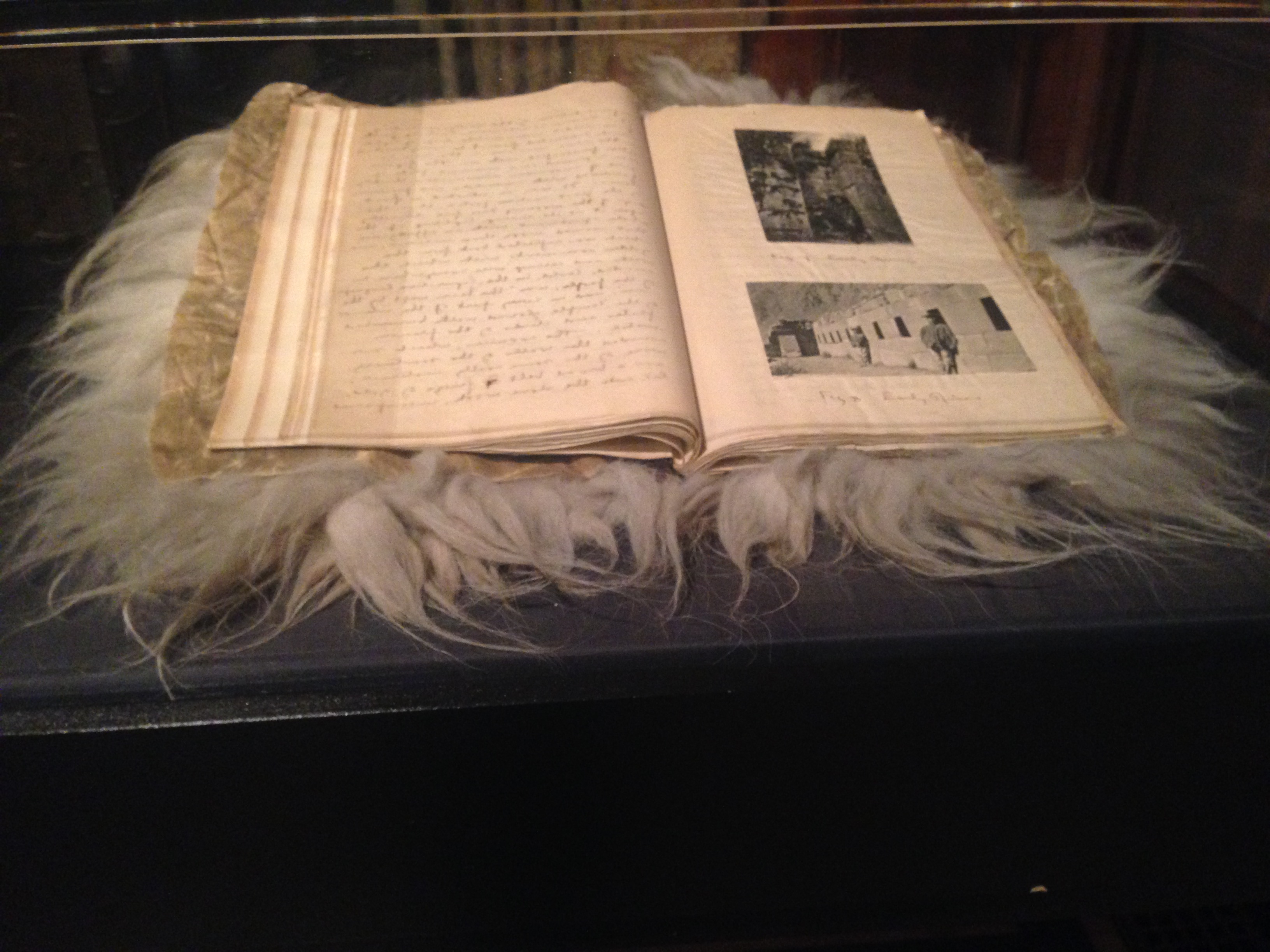 The exhibition manages to balance the cabinet of curiosities model of display with a considered approach in the way the collections have been assembled and interpreted. This is an examination of the role of the collector, their motivations, not just collections displayed without interpretation to show off the collector’s wealth and worldliness.

It certainly doesn’t hurt that the collections themselves are so breathtaking as to evoke a genuine sense of wonder and curiosity in the visitor.